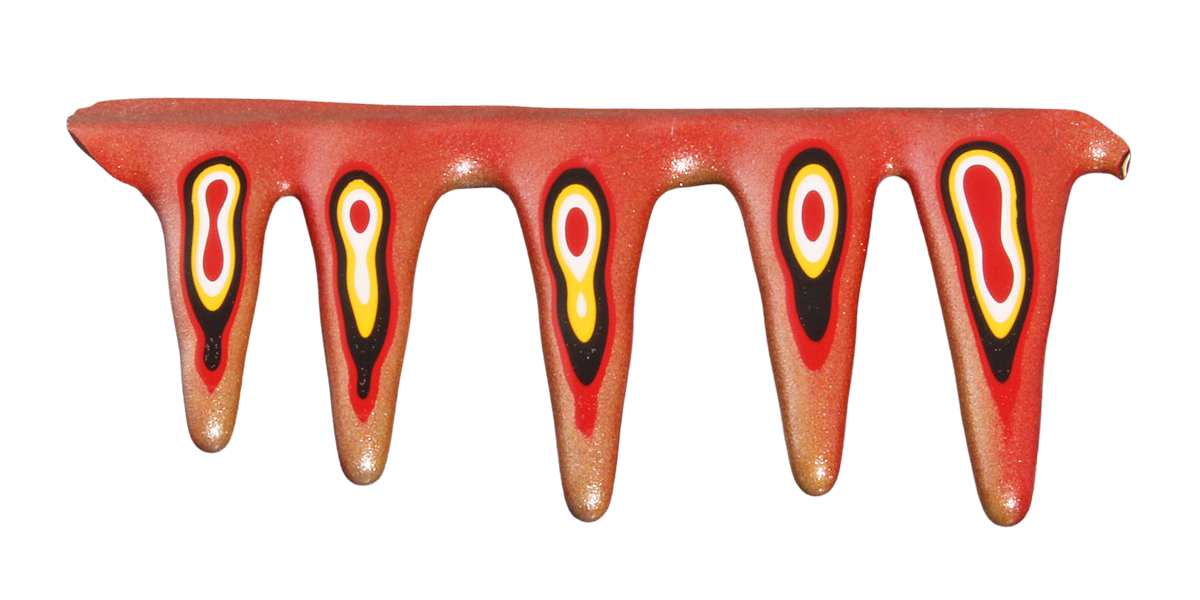 Fordite is a mineral that contains layers of overspray paint. The formation of Fordite occurs in automotive production when paint is deposited on various elements of the transport system as the car assemblies make their way through the paint booths and from one stage of assembly to the next. The carriers that the car assembly is mounted to during its journey get reused on one car after another. Once the layers of paint have accumulated to a thickness that might cause mechanical issues in the transport system, the effected transport parts are sent to a section of the facility where workers remove those paint deposits from those transport parts. The removal process often involves brute force with hammers, scrapers and the like. Most of the Fordite material that is removed from the transports is discarded, but sometimes workers collect it to sell or use themselves.

Where did the word Fordite come from?

The truth is that nobody can claim 100% ownership of this reference. The word was probably first used a very long time ago and just became industry standard word for this material.

Since "Ford" is in the word, is all Fordite from Ford Assembly Plants?

No. Fordite is the name of the material, but Fordite can and does come from many different manufacturing plants.

Do I need to worry about lead poisoning?

No. Most of the Fordite I work with has come from a lead-free era and contains no lead. I do work with older Fordite when I can find it, but older material is very difficult to find, so I only make a handful of of things each year using older material. So, if you are extremely allergic to lead, you may want to avoid buying a pendant that has been made with 1960's or older Fordite.

Can Fordite be counterfeit, or fake?

I will post a more in-depth answer in my Blog page, but the short answer is NO. In most cases, what is referred to as "fake" Fordite, is just incorrectly identified. Fordite can have some pretty lose interpretations by some people.

Where can I find more examples of your past creations?

In addition to my Past Creations page on this site, you can see hundreds of other Fordite pieces that I have made over the years in my Pinterest post: https://www.pinterest.com/opalee1/fordite-by-lee/